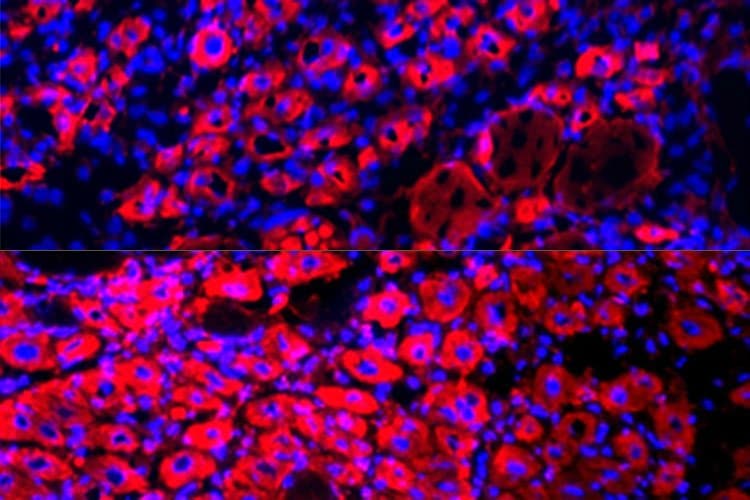 Still Steps Ahead for Plasma Powertrain

Holographic technique is leading to VR visors the size of sunglasses

US decline is the future of the Western world

AirBnB founder on travel future: 'never more like before'

A new study from the University of California, Berkeley, found that older mice developed new muscle fibers and began reversing aging after undergoing a procedure for dilute the plasma.

At Berkeley researchers showed in a new study that age-reversal effects can be achieved by diluting the blood plasma of old mice, without needing young blood (which produced similar effects in previous studies).

In the study, the team began diluting the blood plasma of elderly mice by replacing and 50% with a mixture of saline and alumin. Albumin simply replaced lost proteins with plasma removal. The result? Rejuvenation with effects on the brain, liver and muscles.

The first is that, in the mouse, the rejuvenation is due to young blood bearing proteins and factors that decrease with aging. The second, just as possible, is that with age some proteins in the blood become harmful. Irina Conboy, a professor of bioengineering at UC Berkeley and first author of the study is certain. “As our science shows, the second interpretation turns out to be correct. Young blood is not needed for the rejuvenating effect - it is enough to dilute the plasma.”

In humans, the composition of blood plasma can be changed into a clinical procedure called therapeutic plasma exchange or plasmapheresis. It is a procedure currently approved by the FDA in the United States for the treatment of a variety of autoimmune diseases.

The research team is currently finalizing clinical trials to determine whether modified plasma exchange in humans can be used to improve the overall health of older people and to treat age-associated diseases that include loss of muscle mass, neurodegeneration, type 2 diabetes and immune imbalances.

The results of the study (which appears online in the journal Aging) may open the door to further research into using plasma exchange against both aging and immunomodulation.

In the early 2000s Irina Conboy and her husband and research partner Michael Conboy had a sense that our body's ability to regenerate damaged tissues remained alive even in old age with stem cells. Somehow though these cells would “have turned off” with the biochemical changes due to aging.

“We had the idea that aging could be a lot more dynamic than people think,” Conboy said. “We thought it could be characterized by a transient and very reversible decline in regeneration. A state, in short, that can be reversed by replacing deteriorated cells and tissues with healthy ones.”

After the Conboys published their first, groundbreaking work of 2005, many researchers seized on the idea that specific proteins in young blood could be the key to unlocking the latent regeneration capabilities in the body.

However, in the original report and a more recent study, when blood was exchanged between young and old animals without physically joining them with each other, young animals showed signs of aging. These results indicated that that “young” blood could not compete with the old one.

As a result, the Conboys pursued the idea that an accumulation of certain proteins with age was the primary inhibitor of tissue maintenance and repair, and that diluting these proteins with blood exchange could be a solution.

An alternative and safer path, in short: instead of adding protein from young blood, dilute the elderly plasma.

To verify this hypothesis, the Conboys and their colleagues came up with the idea of performing a “neutral” blood exchange. Instead of swapping a mouse's blood for that of a younger animal, they would simply start diluting the blood plasma with a solution containing its most basic ingredients: saline and a protein called albumin.

“We thought, 'What if we had blood of neutral age, blood that's not young nor old? '” , says Michael Conboy. Bingo.

After discovering that neutral blood exchange significantly improved the health of old mice, the team conducted a proteomic analysis of the animals' blood plasma to find out how the Proteins in their blood are changed following the procedure.

And dilute plasma in humans?

They found that the plasma exchange process behaves almost like a molecular restore button. A “reset” button that lowers the concentration of pro-inflammatory proteins that increase with age while allowing more beneficial proteins, such as those that promote vascularization, to go back up in the number.

'Some of these proteins are of particular interest and, in the future, we may look at them as additional therapeutic and pharmacological candidates, 'said Conboy. “But I would warn of delusions that I have found an elixir of long life. It is very unlikely that one can reverse aging only from changes to any one protein. In our experiment, meanwhile, we found that we can do a simple, FDA-approved procedure that directs the levels of numerous proteins in the right direction.”

Therapeutic plasma exchange in humans lasts about 2-3 hours and has absent or mild side effects.

The research team is about to conduct clinical trials to better understand how therapeutic blood exchange can be applied in the best way to cure human disorders and take u. other step to reverse aging.

Pifu, the AI that generates 3D models from 2D images and video

After you, comes the wearable umbrella

Covid-19, contagion is a slaughterhouse. 15 years and goodbye meat industry

Leather from cacti: the textile friend of animals and environment