Covid-19, contagion is a slaughterhouse. 15 years and goodbye meat industry 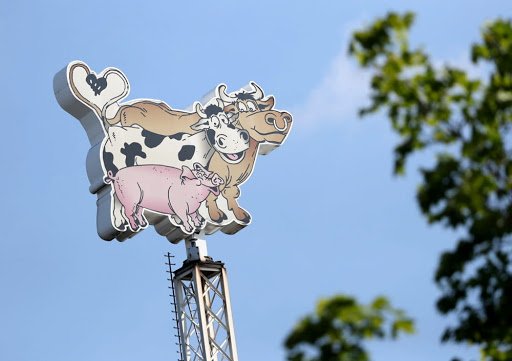 At the end of capitalism what will replace it?

Patrick Brown, founder and CEO of Impossible Foods, said it right yesterday that the meat industry is in the midst of a yield on the count. More and more consumers are looking for more food options healthy, and news about intensive breeding methods is increasingly chilling.

The meat industry, by paradox, tends to even out men and animals with a curious law of counterfeit.

On the one hand head of cattle in conditions of disgusting captivity and full of drugs, with such a density as to allow everyone to think that from this sick relationship with man arises part of the last transmissions of zoonotic diseases.

On the other hand, as we learn from the latest news on the spread of Covid-19, workers in the sector start to be treated almost in the same way. Working conditions in many slaughterhouses literally made safety measures impossible. Not only Germany, with its recent contagions: also in the USA, Canada and Holland there have been outbreaks from slaughterhouses. One striking one affected as many as 180 plants in a production chain.

The meat industry is on the edge of unsustainability

It is not surprising, then, that Brown is convinced that the animal market will be obsolete within the next two decades.

“On the nutritional level our products correspond to the quality and protein content of the animal products they replace,” says Brown. 'That's why I think people will be increasingly aware and plant-based food products will completely replace animal-based ones within the next 15 years. This is our mission. This transformation is inevitable.”

Impossible Foods has announced a partnership with Starbucks to supply all of the international chain's premises with its products. And it is a key deal within the framework of the evolution of an “alternative meat” company such as Impossible Foods.

One-third of Americans ages 18 to 29 visit a Starbucks restaurant at least once a month.

The brand's strength and ubiquity make Starbucks the perfect system for 'putting these products in circulation'.

A meat sandwich from Impossible Foods

Two alfieri of the new food

The market that opens up to selling these products on a vegetable basis is really broad: it's not about taking some head of cattle and making sausages out of it, a thing all in all replicable. Alternative meat is a high-tech product, and it's not fogging everyone, especially small commercial realities. That's why there's already room for two players that will become huge in a very few years.

One is its own Impossible Foods: it produces meat, dairy products and fish products with patented plant-based ingredients, marketed primarily in the food service sector, food services.

The other is Beyond Meat, if possible (excuse the pun steak) even more recognizable than Impossible, which focused on the consumer sector, with a major sortie even in the fast food world: remember the record sale of his nuggets in the KFC chain?

In summary: the future looks (a little) greener even at the table. And there are no other avenues at the moment: the alternative is a slaughterhouse.